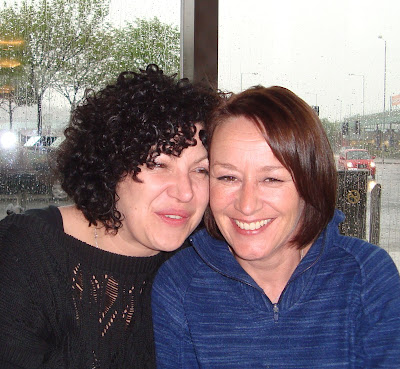 Yesterday was a brilliant day. I had a ball. My pal of pals Liz came to spend some time with me and brought her new boyfriend. He's very nice - and she's fab. They were on a road trip to Newcastle and back from Essex in one day - and they called to have a late lunch with me on the way back. We had so much fun - she makes me laugh ...a lot...an awful lot indeed. 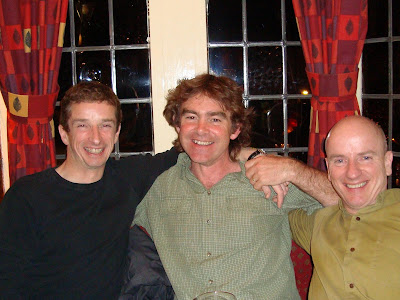 Matt, Stewart and Bruce
Then..... last night I met up with these three boys in the pub. I say 'boys' even though they're all in their late forties and all very proper. (I don't think they look their age - to me they're still about 15) Matt and Stewart were at school with me and Bruce became a pal in the 90's. We used to go out as a group every Friday night....and had much much fun!

We spent the evening laughing and talking and laughing some more. I haven't seen them for quite a few years - but it was just like I'd been with them last week. They are such nice chaps. Really nice chaps indeed.
at May 02, 2010