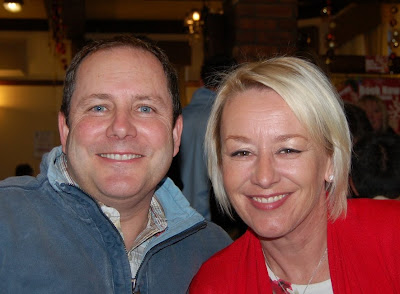 Well - the title kind of says it all doesn't it? Let me explain. Today I was due to meet La Famiglia for Sunday lunch. Dear Uncle Nick and his lovely wife were coming down from the North East to see us all - and so it was planned. The venue - a wee public house in Bradwell. How far is Bradwell?...well you pop along Woodseats, along Abbey Lane - through the lights..up to Bents Green - turn left at High Storrs...next left down Hangingwater...up to Crosspool - round the back - down Hagg Hill..along Rivelin - and out the other side to Bradwell. Fifteen - twenty minutes max.

Lunchtime meet - scheduled for 1.30pm. I left the house at 1pm - set my sat nav with the postcode and went off down Chesterfield Road towards town....down by the Railway Station and out along the Whicker.

(If you don't live in Sheffield you will have no idea what I am talking about...but suffice to say It's like setting off north on the M6 if you're trying to get to London).

I went past the Northern General and was almost in Ecclesfield before I realised that I was going in completely the wrong direction.

I phoned my brother - no answer. I phoned our Nick..no answer...Then I turned around and had to come all the way back to Hillsborough Corner..and then I realised that my brain wasn't working and I was hopelessly lost.

It's ridiculous because I do know the way - I knew where I was and I knew where I had to get to - but my brain just completely emptied of all factual information relating to destinations...I parked in a lay-by and waited and thought. For about ten minutes. Then my brother called me back and we decided I was in Stannington. Talk about a blonde moment:)

He came to get me in his car - and in the meantime - while I was waiting I sobbed my socks off. I won't tell a fib - this year has been absolutely my annus horribilis...I've had a crap year full of sadness, stress and worry - and it was as if the fact that I couldn't get around my home town and reach my destination - was the very last straw. I sat and cried, and cried, and cried some more.

Eventually he found me - we went to the restaurant and had a top afternoon with all my lovely family - but just as I sat in that lay-by for ten minutes - all alone and hopelessly lost - I honestly thought I was finally losing my mind.

How weird is that?...because everybody who knows me - knows that I actually lost it a long time ago!
at December 12, 2010