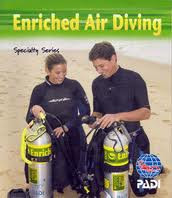 Forgive the title readers...it's all to do with dive physiology. I'm doing some courses at the moment....to be able to teach more stuff to student divers. By Monday I will be a qualified Deep Diving Instructor, a qualified Underwater Navigation Instructor, and a qualified EANx Instructor (that's Enriched Air...or Nitrox....for those of you who don't know...) as well as a qualified Dry Suit Instructor and Open Water Instructor - which I am already. For the Eanx qualification I have to understand Oxygen partial pressures and how this is affected by depth...did you know that Oxygen can be toxic at depth? Can cause convulsions and then death? Oooo how dramatic! I kind of understand it - but have to be able to teach it...it's all about partial pressures and that kind of Einstein stuff. (Sighs Deeply). Tissue saturation and rates of recovery...blah blah blah....I will know enough to pass the exams by Sunday afternoon...I will..I will..I will.

In other news...we have had a day out of the 'fun' variety. Last Saturday in fact. Bobbied off to London for the day. On t'train. I went to meet a friend. Ahem *coughs*. A male friend. He is only a friend...but that doesn't mean that I wouldn't quite like the idea of him becoming something more. Mind you - I have absolutely no idea how he would feel about that idea...and I also have no idea how old he is. If I were to hazard a guess I would say about 38 - but I could be wrong. His twitter name has the number '78 in it - which would seem to suggest he's only 34. But it's really difficult to tell. He could well be a few years older than that.

Anyway - he's very nice and he makes me laugh...but I am not going to say a single word to him about me 'liking' him in that way. I would rather keep him as a friend than risk chasing him away running scared for the hills because an older woman fancies him. I would have thought all this stuff would be easier now that I'm older and more experienced...but NO..if anything it's more difficult than ever! The other difficulty is that he lives in another country for 6 months of the year...and if I'm going to do the jiggy dance with someone (figuratively I might add)...it has to be somebody I can see a few times each week.

As always I will keep you informed. Right...back to studying Oxygen behaviour at depth....laters x
Posted by The Author at 9:31 pm